A pink red panda with white coloring on his ears, belly, mouth, eyes, and cheeks. He has green eyes and a dark pink nose to match the eyebrow-like markings above his eyes. Dark pink stripes on the tail to match the coloring of his paws.

He likes climbing and sleeping in trees. 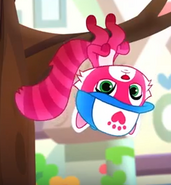 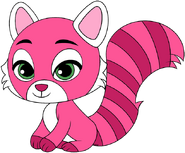 Clipart of Chai
Add a photo to this gallery
Retrieved from "https://disneyprincesspalace-pets.fandom.com/wiki/Chai?oldid=14476"
Community content is available under CC-BY-SA unless otherwise noted.