A milk blue-colored cat with stripes of darker coloring all over his head, body, and a single streak on his white tail. He has white fur on his inner-torso to match the tuft of fur on top of his head. His inner-ear and nose are pale pink. While male, he has feminine blue eyes. Around his neck is a dark blue ribbon tied into a bow to match the thick ribbon on his tail. He wears a silver crown.

He likes to eat and stay up late at night. 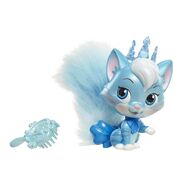 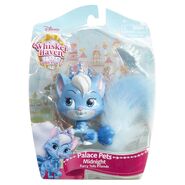 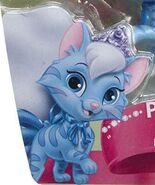 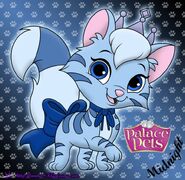 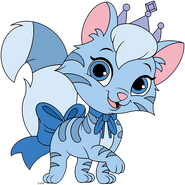 Clipart of Midnight
Add a photo to this gallery
Retrieved from "https://disneyprincesspalace-pets.fandom.com/wiki/Midnight?oldid=14029"
Community content is available under CC-BY-SA unless otherwise noted.