Nyle is Jasmine's pet monkey. This little playful monkey was found one day when Jasmine was out buying spices with Aladdin. He jumped out of a vase and began to tease Abu, causing them to start chasing each other.

Nyle is voiced by (Unknown)

In Whisker Haven, He was voiced by (Unknown) 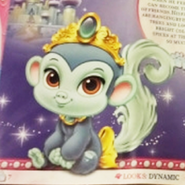 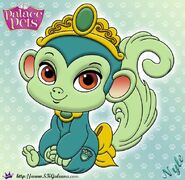 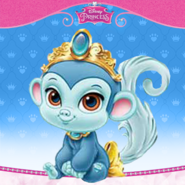 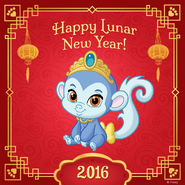 Nyle, Whisker Haven
Add a photo to this gallery
Retrieved from "https://disneyprincesspalace-pets.fandom.com/wiki/Nyle?oldid=9666"
Community content is available under CC-BY-SA unless otherwise noted.