Page is a female lamb to belongs to Belle . Page Loves to read just like Belle and Petite, but she also loves to eat the paper after she's read it. If Page doesn't learn to curb her appetite, the library will suspend her membership.

A golden lamb with green eyes and a pink nose. Her feet are pale yellow. Her soft pink hair appears to be worn up with several curled locks of hair accent with a gold crown. Her fluffy tail is accent with a pink bow to match her paw print mark and her rose necklace.

She loves to read and eat. 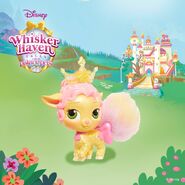 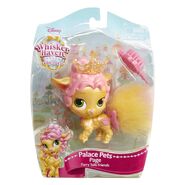 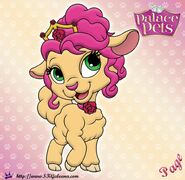 Page in Whisker Haven
Add a photo to this gallery
Retrieved from "https://disneyprincesspalace-pets.fandom.com/wiki/Page?oldid=14518"
Community content is available under CC-BY-SA unless otherwise noted.